The II international forum of industrial parks “Parki” finished in Kazan. The event was attended by more than 2000 guests and participants from 30 cities of Russia. Among them are representatives of Federal, regional, state and public structures, development corporations, investment agencies, heads of the largest industrial parks, Open Economic Zones and its residents, private investors as well as representatives of the international business community — delegations of KazanSummit-2019 from 48 countries.

The idea of the forum belongs to the “Direct Investment Fund”, which manages the activities of 13 companies, in particular the company "Business Platform" and the Industrial Park "M-7" which is one of the first private in the country.
- The industrial environment in Russia is now one of the most favorable for business development. We wanted to support the trend of investment in the industry having organized the “Parki” Forum . And also to show the level and forms of industrial sites in Russia that are ready and willing to develop, and at the same time open to residents of any industry from around the world, - says Ruslan Khalilov, managing partner of The “Direct Investment Fund”, the company-organizer of the II International forum Parki.

- Now more and more industrial companies began to come to the fact that its business is profitable to place on the territory of industrial parks, Open Economic Zones etc. At our forum, we had an excellent opportunity to choose the region of location of industrial sites and the format that is most suitable for solving their problems, he said.

- The new industrial parks in Russia have 2 main problems – lack of experience in infrastructure development and lack of investors. Judging by the feedback of the participants, the Forum showed them new solutions.

Which parks are more efficient? Private or public? The question is acute; the representatives of both sides have their arguments and arguments. At the plenary debate of the Forum broke out a lively discussion, where this topic was discussed. Roman Shishkin, Director of Cotton Way, a resident of the state of Technopolis "Himgrad" resident vs. private industrial Park "M-7" - Basil Novokshonova, Director of the company "VR Layer", Airat Gizzatullin, General Director of JSC "Himgrad" against Oleg Kartsova, Director General of the Industrial Park of Bogorodsk of the Moscow region, Sergey Mayorov, Chairman of the Engineering cluster of the Republic of Tatarstan against Ruslan Khalilov, managing partner of Fund of Direct Investments. And as in big politics, after each round – online voting hall. All the action was "conducted" by the famous journalist and TV and radio presenter Elena Hanga. 3:0 in favor of private parks, but as Rustam Nigmatullin, the first Deputy Prime Minister of the Republic of Tatarstan, summarized, these results expressed only the opinion of those present, and most of them were representatives of private industrial parks. On the last question of the debate "Is cooperation between private and public parks possible? «The absolute majority said yes. Among the experts were those who took the neutrality – of the need to have both formats and a theoretical possibility of public-private partnership voted Maxim Pazdnikov, co-Chairman of the Board – Director of development, Association of Industrial Parks of Russia, Sergey Melehin, Director of "the right decision" and others.

The discussion "Institutions of support for new industries: subsidies, benefits, co-financing, business funding"caused a lot of responses. Its moderator was Alexei Bobrovsky, editor-in-chief of the portal Vestifinance.ru ahhh! Timur Timergaliev, Director of the Guarantee Fund of the Republic of Tatarstan, spoke about measures to support business by the state, and Rafinat Yarullin, General Director of JSC "Tatneftekhiminvest -holding" - about the reverse side of the medal, about how difficult it is to get into the existing state support programs.

The Forum announced the rating of the leading industrial infrastructure of Russia, held a pitch session, signed 6 cooperation agreements and a resolution of the Forum.

The II international forum of industrial parks “Parki” has caused a great resonance in the international business community and will become an annual event in 2020. 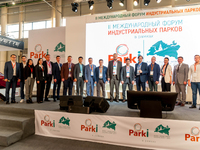 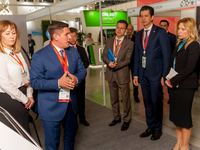 If robots replace financiers, what will happen in 10 years? 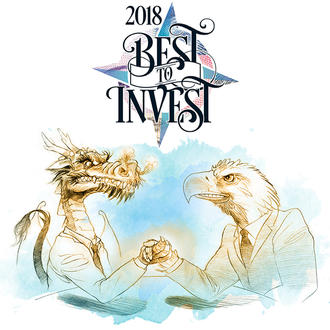 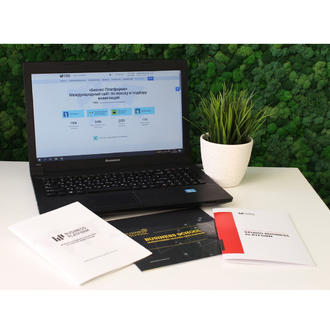 The birthday of "Business Platform". We are 5 years old!