How good are you at reading moods? the answer could be the key to a healthy portfolio over the next couple of years. Consider the following quote from the late Sir John Templeton, a renowned investor with an eye for stock market value: “Bull markets are born on pessimism, grow on skepticism, mature on optimism and die on euphoria.” The most important tasks for investors in 2018 will be to figure out where we are on that timeline and position their portfolios accordingly.

It’s clear that the animal spirits so lacking in this bull market’s long climb are returning to Wall Street. And it’s no wonder stocks in the U.S. have been on a tear. Major economies across the globe are on a synchronized growth track, corporate earnings growth both here and abroad is robust, and business executives and consumers are confident. Standard & Poor’s 500-stock index has returned 21% since we published our 2017 outlook, eclipsing even the most bullish scenario in our forecast. That broad market benchmark notched a record high 60 times over the period, leaving stock prices elevated compared with long-term averages by almost every measure. (All prices and returns in this article are as of October 31.)

Make no mistake: This bull market is closer to the end of its journey than to the beginning. If it survives beyond August, it will be the longest-running bull ever. But we are optimistic (not yet euphoric) that this bull has some room left to run. “The market will continue to grind higher,” says David Lafferty, chief market strategist at Natixis Asset Management, “but the risks are fairly high.”

Mindful that the broad market has not suffered a meaningful downturn since the 14% decline that ended in early 2016, we think a total return of 8% or so, including roughly two percentage points from dividends, seems reasonable for 2018. Our conservative forecast would put the S&P 500 at about 2730 and the Dow Jones industrial average somewhere in the neighborhood of 24,800 at year’s end. Passage of comprehensive tax reform could push markets higher. And the chance of a runaway rally is increasing, says strategist Ed Yardeni, of Yardeni Research—although, he quips, “an earnings-led melt-up isn’t a melt-up, it’s a bull market.”

It behooves investors to look back at how far they’ve come and make some portfolio adjustments. Several years’ worth of spectacular gains may have tilted your portfolio too much toward stocks considering your age, risk tolerance or stage in life. Now is a good time to rebalance your holdings. And although the bond market will face challenges in 2018, don’t forget that Treasury and other high-quality bonds serve as ballast in a portfolio, providing diversification, buffering volatility and, usually, moving in the opposite direction of stocks during market downturns. Finally, investors who have a global mindset will fare better than those with a parochial view—some of the best returns will likely be found outside the U.S.

The bullish case for stocks hinges on an economy that’s moving in the right direction, but not very forcefully. “Most people equate strong economies with strong markets, but that’s not the way things typically play out,” says Jonathan Golub, chief U.S. stock strategist at Credit Suisse. Kiplinger expects the U.S. economy to grow 2.6% in 2018, an improvement from the 2.2% pace expected for 2017 but hardly hair-on-fire. And that’s the point: Modest growth has so far kept the economy out of the typical boom-and-bust cycle, lengthening the expansion. “The tortoise is winning the race,” says Golub. “That may not make a great story, but it’s really powerful.”

The tortoise has company. For the first time in a decade, at the start of 2017 the world’s developed economies were all growing at the same time. Expect global synchronized growth to continue in 2018, says IHS Markit chief economist Nariman Behravesh, with improved performance in developed countries aiding recoveries in emerging markets. The International Monetary Fund projects global economic growth of 3.7% in 2018.

Monetary policy, here and abroad, should still support continued growth, says Behravesh. In the U.S., Federal Reserve Board governor Jerome Powell is expected to take over as Fed chairman in February. Powell will likely stay the current monetary course of modest, gradual tightening, but he may be more disposed toward reducing regulation of the financial industry. Kiplinger expects the Fed to increase short-term rates at least twice in 2018, following a quarter-point hike in December. The central bank will also gradually shrink the $4.5 trillion cache of bond holdings it amassed after the financial crisis. Look for the 10-year Treasury yield to close 2018 at 2.8%, up from about 2.4% at the end of 2017.

Economic growth may be moderate at best, but signs of a recession are remote to nonexistent. U.S. manufacturing was barely off a 13-year high in October. The unemployment rate was 4.1%, down from 4.8% a year earlier (and down from a 10% peak in 2009). Until the outlook for the economy deteriorates, the prospects for corporate America remain bright. Wall Street analysts expect corporate profits for S&P 500 companies to finish 2017 up more than 11%, followed by an 11% gain in 2018, according to Thomson Reuters IBES. Even considering that chronically optimistic analysts revise estimates downward as the year wears on, those are fabulous gains.

Another positive sign is that more of the growth in earnings is coming from increased revenues, as opposed to cost-cutting or share buybacks. And companies are starting to spend more on buildings and equipment, research and development, and mergers and acquisitions—a healthy sign for business growth and for the economy overall.

The wild card in the mix is tax reform. The GOP’s plan calls for, among other things, a permanent reduction in the federal corporate tax rate from 35% to 20%, which could boost corporate earnings in 2018, as well as a one-time, 12% tax on corporate cash held overseas, which could repatriate hundreds of billions of dollars, some of which would be funneled into dividends, buybacks and capital spending. Goldman Sachs economists assign a 65% probability that tax legislation will pass in 2018.

The risks facing this aging bull are familiar, including political discord in Washington, escalating tensions with North Korea and other flash points. But the market “has been bizarrely unreactive to anything political or geopolitical,” says Samantha Azzarello, of J.P. Morgan Asset Management. Add natural disasters and terrorist attacks to the list of challenges ignored by investors. Midterm elections could prove to be an exception. Market declines of roughly 15% are typical for midterm election years, says LPL Financial’s chief investment strategist, John Lynch. “We have to be prepared for uncertainty over taxes, trade and regulation—and for all the nonsense that leads into elections,” he says. Nonetheless, 12 months following a midterm year’s declines, the market is up 25%, on average, from its low point, he says.

Ironically, what’s good for your pocketbook poses a threat to your portfolio. Were wages to rise enough to cut into corporate profit margins and lift overall inflation, it would signal an overheating economy and spell sharply rising rates and the beginning of the end for the bull market. “We see higher inflation and rates over the next 12 months than the market is anticipating,” says Erik Knutzen, chief investment officer at Neuberger Berman. To date, wages have been stubbornly flat, and Kiplinger expects overall inflation to remain under control, rising by 2% over the course of 2018, up only modestly from 2017’s modest pace of 1.7%.

Complacency is a real risk. Volatility essentially vanished from the market in 2017, a development that can boost bullish sentiment, encourage excessive risk-taking and push valuations to extremes. The University of Michigan’s consumer sentiment index hasn’t been higher since January 2004. But Hank Smith, chief investment officer at Haverford Trust, isn’t worried about euphoria. “There’s more money going into fixed-income funds than into stock funds, and anyone buying a bond fund isn’t making a statement about how exuberant they are,” says Smith. “They’re saying, ‘I’m willing to earn very little in order not to lose money.’”

But there’s no getting around the fact that stock valuations are high. Price-earnings ratios have been lower than they are now 89% of the time, going back to the 1970s. The S&P 500 trades at 18 times expected earnings for the year ahead, above the five-year average of 16 and the 10-year average of 14. Still, investors weighing market risks will have to consider the cost of leaving even an expensive market too early. Brian Belski, of BMO Capital Markets, notes that bull markets going back to 1975 have delivered gains of more than 20% in their final year as P/Es creep higher. His message to investors: “Get on board the train.”

Where to invest now

Investors who fare best in 2018 will be selective, with a focus on high quality. Sectors, and stocks within sectors, are moving less in lockstep than they have been, which means that stock pickers will have a chance to shine.

Characteristics of high-quality companies include consistent earnings and dividend growth, strong balance sheets, and higher returns on equity (a measure of profitability) than the average S&P 500 company. Such stocks should sidestep the worst losses if the market turns down, but they’ll also do well in strong and even in sideways markets, Belski says. Stocks BMO likes include software giant Oracle (symbol ORCL, $51), truck manufacturer Paccar (PCAR, $72) and insurer UnitedHealth Group (UNH, $210).

Don’t confuse today’s new-economy tech companies with those of the dot-com era, says Golub. Today’s titans are “well-managed businesses with terrific profits, not speculative investments,” he says. Malik recommends Google’s parent, Alphabet (GOOGL, $1,033). Or check out Fidelity MSCI Information Technology Index (FTEC, $50), which has the lowest expense ratio (0.08%) of any tech-sector ETF and gives you access to 360 tech names.

Companies that do well when the economy is growing should prosper in 2018. Among so-called cyclical stocks, investment firm CFRA recommends Honeywell International (HON, $144), an aerospace and industrial conglomerate whose s

tock yields 1.8%. Or gain exposure to hundreds of industrial firms with Vanguard Industrials (VIS, $135). We prefer stocks to bonds for 2018. Bonds that have shorter-term maturities will be less sensitive to interest rate hikes. A good choice: Vanguard Short-Term Investment Grade (VFSTX), a member of the Kiplinger 25, the list of our favorite no-load funds, yielding 2%. Most investors would be caught off-guard by a jump in inflation. Treasury inflation-protected securities deliver an affordable hedge. Buy them from Uncle Sam at www.treasurydirect.gov. Bargains in municipal bonds could emerge as the possibility of tax reform draws nearer and tax-exempt debt takes a hit. Kip 25 member Fidelity Intermediate Municipal Income (FLTMX), yielding 1.7%, is a good choice. Investors who want to stay flexible can choose Pimco Income (PONDX), a go-anywhere, Kip 25 fund yielding 3.5%.

We called for a 6% return in 2017 but warned that, given a new presidential administration, we could be wide of the mark, up or down. Even our most bullish take on stocks, which hinged on interest rates staying low and corporate earnings growing, called for a 15% return; the S&P 500 delivered 21%. We were right about rates and earnings, and a call to invest in international stocks was on the mark.

The eight stocks that we recommended for 2017 returned an average 17%, including dividends—decent, but not enough to beat the S&P 500. Crown Castle International, a real estate investment trust, led our winners with a 30% gain. CME Group, which owns financial exchanges, rose 28.6%, and Google’s parent, Alphabet, was up 28.2%.

Cybersecurity company Palo Alto Networks fell 7.4%, dragging down our gains. Even so, we’d stick with the stock, based on strong demand for the firm’s network security products. Regeneron Pharmaceuticals fell 3.8%, but it’s worth holding given its drug pipeline.

As for our stocks to sell, investors would have been better off buying most of them instead. Electric-car maker Tesla surged 74.4%, despite shaky finances. We still think Tesla is high-risk. 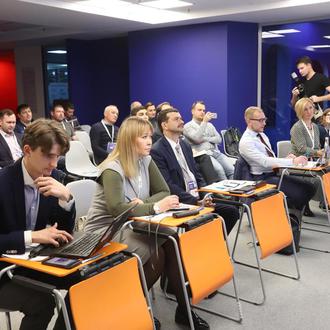 Strengthening the partnership with AME of Russia

What are Big Events for investments?