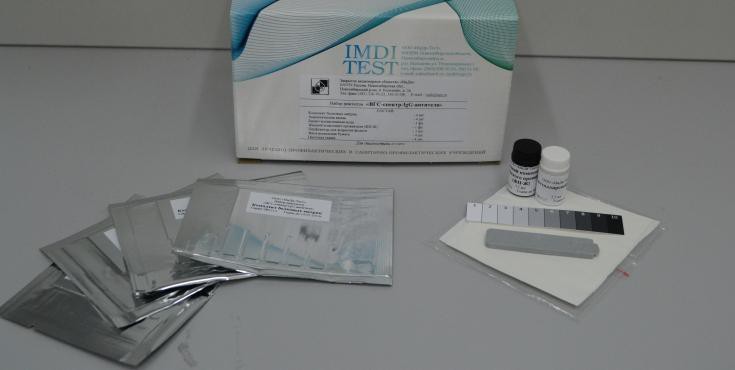 Organization of production of protein biochips – the multidisciplinary diagnostic test systems, allowing to examine the blood of man, at the same time in one analysis, up to 12 markers of different infections at the same time for one hour, and also expansion of manufacture of ELISA test kits.

CJSC "IMDi" was founded in 1993 and specializiruetsya on the development, manufacture and sale of test systems for diagnostics of wide spectrum of human diseases.

Current production of CJSC "IMDi" is located in the industrial area of fgun GNTS VB "Vector" on the leased premises (1300 m2), where the whole technological cycle of production and quality control of enzyme immunoassay systems. CJSC "IMDi" produces currently more than 60 kinds of kits for the determination of pathogens of viral and parasitic etiologies, including chlamydia, rubella, mumps, leptospirosis, brucellosis, opisthorchiasis and many others.

In 2010 CJSC "IMDi" pristupila to create is a multi−immunodiagnostics test systems, allowing to determine the 8-10 markers of various infections in a single analysis at a time." In the framework of this project created the site for limited-edition production of 4 types of diagnostic kits based on protein immunochips. The implementation stage of the project – production test multiplex diagnostic kits of the new generation. A set of "HCV-spectrum-IgG-antibodies" have been transferred to the Ministry of Health for registration. Preparing for the transfer of registration set "DVI-spectrum-IgG — antibodies"

In 2011. CJSC "IMDi" took part in the contest of the Federal target program (FTP) "Research and development on priority directions of development of scientific-technological complex of Russia for 2007 — 2013" on the theme "Development of multiparameter test systems for the diagnosis of seasonal influenza".

Partners CJSC "IMDi" for this project were:

The results of the contest on September 29, 2011 State contract has been signed. No. 16.522.12.2011., under which was funded by the research and development work to prepare for the commercial production of test-systems for diagnostics of seasonal flu. Public investment amounted to 110 million rubles. As a result, the production of diagnostic test-systems "Biograp" for the diagnosis of seasonal influenza virus: is determined by the genetic variant of influenza, the estimated sensitivity of influenza virus to the drugs. Started check set in the Ministry of Health of the Russian Federation.


The aim of the project:

Organization of production of medical diagnostic test systems, with sales of at least 1, 5 billion rubles a year for sale in the markets of Russia, CIS, Central and South-East Asia, Africa and Latin America.

Products of the project:

· Sets of reagents for immunoassay of species-specific selection of antibodies/antigens of classes IgA, IgG and IgM to various infectious diseases (ELISA) -more than 60 items.

· Components for the production of medical diagnostic ELISA test kits.

· Sets of reagents based on protein immunochips for determination of TORCH infections, infections of blood, infections, sexually transmitted diseases and zoonotic infections of humans, derived from animals under production testing.

The novelty of the technology a new type of diagnosis is that found a common way of fixing processes of the reaction of antigen-antibody for the spectrum of causative agents of different etiologies, which allows in a single analysis to determine the presence or absence of patient antibodies to several infections.

Develop multidisciplinary tests are not inferior in sensitivity and specificity of the ELISA kits, but have higher consumer characteristics. They are fully equipped, easy to implement, do not require instrumentation and special training. This will allow for the examination of patients with lower costs not only in medical institutions but also in field-conditions.

On the development of immunochips decorated joint with a fgun GNTS VB "Vector" patent of the Russian Federation, agreement to use a patent.

· Sets "Biograp" for the diagnosis of seasonal influenza virus-based biochips "Biograp" — a set of reagents for clinical in vitro diagnostic of the seasonal flu virus, which provides the definition of a genetic variant of the virus, an assessment of its pathogenicity to humans and resistance to antibiotics.

The markets for the products of the project:

· The market of medical diagnostic test systems of the Russian Federation.