A network of filling stations 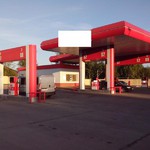 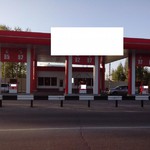 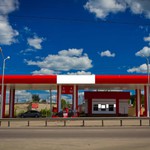 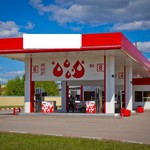 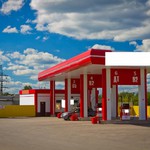 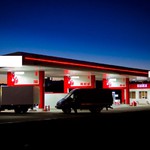 Operating a network of 6 gas stations (one of them multi-fuel, was commissioned in 2014.) All filling stations are located in the same city have the best location, they are located on main roads and junctions of the city. The city has 11 petrol stations (LUKOIL, Gazpromneft and private), but they are not competitors of the network in this case, the network of filling stations is 60 - 70 % of the market of the city, the city's population more than 100 thousand people.

The work of the gas network is fully established. Fully staffed, routine, people worked for many years in one location, one cashier operator went to LUKOIL, but very quickly sent back.

Land and buildings in the property. 2 — refuelling on the grid. individuals 4 – to physical persons.

In fact, the owners of 2 people.

Monthly net profit of a network of 4 million payback Period less than 4 years( 3 5 years), if you take through the Bank ( i.e. credit) the payback period of 5-6 years.

To really increase profits by 30 percent ( or even more) by working with firms and companies on non-cash payment ( VAT included, to ask the carriers, bus fleet, enterprises of the city), at the moment, the sale of fuel is made only in cash. The same increase in profit is possible by opening mini-markets at petrol stations ( the premises has already been prepared). Another point is the introduction of discount cards for the storage system.

In 2016, lost the deal with Bashneft, a sale was scheduled for the month of November, and in October, "Rossneft" absorbed "Bashneft" and the deal did not materialize.

This year "LUKOIL" did 7-8 sentences about the rent of the whole grid, but the owner refused because it sells, not leases.

The reason for the sale.

1. The main host who is working stations, and with whom I met, in 2015, had surgery on the heart.

The operation of this network is ready to deal with personally, since moving to this city.