Production of brewer's yeast on the basis of the Novosibirsk Biotechnopark.Unique production in Russia.Import substitution. 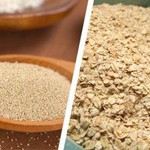 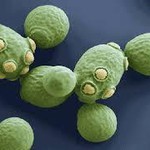 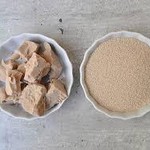 Investors are invited to implement a unique project for Russia, which has no analogues and competitors in Russia, as the production of brewer's yeast for Breweries, home brewers.

What is remarkable about this market:

1) No competitors in Russia and in the CIS (Customs Union)

2) Growing market (private Breweries, home brewers). The cost of Each litre of beer produced on 50% of yeast.

3) Highly profitable business for the real experts and professionals.

4) Yeast is the only culture is increasing in the number 6 times every day while increasing our profits.

Brewing
the yeast used in the production of
beer as one of the main ingredients.
The quality of this ingredient extremely
more importantly, it affects the flavor characteristics.
Correctly selected yeasts for the variety
beer is 50% of success.

In
Russia beer market consists of 10
giants companies (AB Inbev, SAB
MILLER, Haineken, Carlsberg.)
and private, craftivity Breweries, their
already about 850 and goes up every year
5-10 %. The share of craft Breweries Breweries private
Breweries, it's about 2% of the total
of produced beer in Russia, and this
the proportion is growing each year 20-30% of the total
the number of Kraft.Also increasing the number of
homebrewers, bars which
active use of brewer's yeast
for the production of beer. In quantitative
terms 2% — 165 million litres of beer per
2017., the number of produced beer
home brewers count difficult,
but it's no more than 5-10% of total
crafting. In real terms, it is
roughly 165 million liters per year.in
it's tons 165 thousand tons of beer. For the production of
1 ton of beer to 500 grams yeast
price 6000. A total of roughly
the "actual" capacity of the market sales
brewer's yeast is 990 million RUB in
year. And we consider only
craft brewery, private Breweries,
homebrewers, those who really
uses classic technology
in the production of beer and really
uses yeast as needed
ingredient.

Potential
emost market is estimated at
10-15bn. RUB. A year. Only in Russia, not
considering neighboring countries where
the situation is the same.

The structure of the market of brewer's yeast
(the PD).

There are
major producers of PD, the main
location ( France, Australia,
New Zealand). To our country fall
through a network of trading companies. Sold
yeast in the trading companies,
specialized shops. Internet
stores, through major dealers
trading companies directly to the brewery
or a plant for the production of beer.

Main
the producers of PD:

3.
BeerVingem
on the market small
a number of strains exist in two
the types of Liquid and Dry. It is only
yeast which are produced in Russia
but are made with violation of technology,
of extremely low quality. Produce them
not an enterprise specialized in
yeast, as waste from the brewing
production, so there
the content "wild yeast" and other
microbiological agents. As
a competitor that yeast is not
consider their use a little
just home brewers.

6.
Mauribrew,
also represented individual sales
companies, the product is not

mass.
The Origin Of Australia.

This
the market is characterized by the fact that there are 2-3 major
brand that everyone is familiar with, is
the major share of total sales, and the rest
producers occupy a small part
market and sold only for the range.
Data producers on the market quite
for a long time. There are well-established strains that
everyone is familiar with. On the territory of Russia
quality manufacturers though
what that story does not exist.
There are separate brewery which
sell used yeast in
mainly in liquid form, because
production of dry yeast you need
specialized equipment.

Fashion
for craft beer has led to the emergence
many microbreweries. Yet
the consumption of traditional Beers falls,
Kraft is growing at 35% per year, forming
market 8 billion. If you compare
the American market in the recent past
he was also at 2%, now
time is 21% of the total production,
Kraft, the revolution began with the United States and
slowly, but actively got up to
us.

Also
market primechatelen that in Russia
there are no serious manufacturers
these products, all imported yeast
from abroad. The actual capacity of the market
roughly 990 million RUB Available
the capacity of the market in the initial stages
(first two years) will be
roughly 20-30% of the actual, and
250-300 million rubles a year.these figures
indicative and only for Russia.
If you consider emerging markets
"craft" in the neighboring countries,
the market can be assessed orientirovochno
in the same capacity.

Analysis
the consumer of the beer market.

Main
consumers of the POA is a private brewery,
mini-Breweries, beer-factories, pubs,
home pivovary representatives
which velichivaja every year significantly.
All those beer makers who use
classic manufacturing technology
beer. If you count the pricing
1 litre of beer, depending on the variety
the cost of yeast can be from 20 to
50%.When selecting yeast each brewer,
having defined the "orientation"
Beers even pays attention to
production terms and of course price
yeast. Very important the freshness of the yeast,
this determines the number of living cells
in bundle, which is directly displayed in
later on the taste and success
the production of beer. Quality
yeast is affected by time and method
the transport of yeast. From abroad
yeast go at least 2-3 months, often
in freezing temperatures and with differences,
in the end affects
the number live (get) cells
yeast. The most frequent problems arising
have homebrewers are connected with
the quality of the yeast, which is confirmed by
hundreds and thousands of brews. You can
safe to say that in Russia
needed a quality manufacturer
brewer's yeast. Construction in Russia
such a plant, using
"brewing" experience will deliver local
production from many of the problems will help
to their products cheaper and improve
the quality of the beer. The demand for high yeast
the quality is extremely high, the market for
local manufacturer practically
"tillage field".

Price
500 grams of yeast equal to about 5000
to 12000 RUB., the Cost will be equal to
a few hundred roubles, of which
the major cost is salaries
employees, advertising promotion
product and a small percentage will be associated
with the cost of production and packaging.
The price of this product is fairly stable,
varies depending on the growth rate
Euro. Producing this product in Russia
we have huge competitive
the advantage as price and benefits
the quality and availability. It is planned to do
not only the production of goods, but also
shared learning the brewing business,
guidance on common issues, working
with the client and developing him in the right
direction.

All competitors are far behind
the boundaries of Russia. They work pretty
for a long time. If we talk about the quality of the products
in comparison with the competitors, then definitely
we can say that we will have a better
fresh.

This
the project is unique for Russia the fact that
is no principle in Russia
manufacture of brewer's yeast. All
manufacturers are in the European Union, United States,
Australia, Canada. Generation of strains
yeast possible, patenting case
time.

For potential investors this
the production will be special. Uniqueness
it can also be noted and the ability to
samovosproizvodstva yeast colony
yeast increase 6 times every
three day limit production
are only power used
equipment.