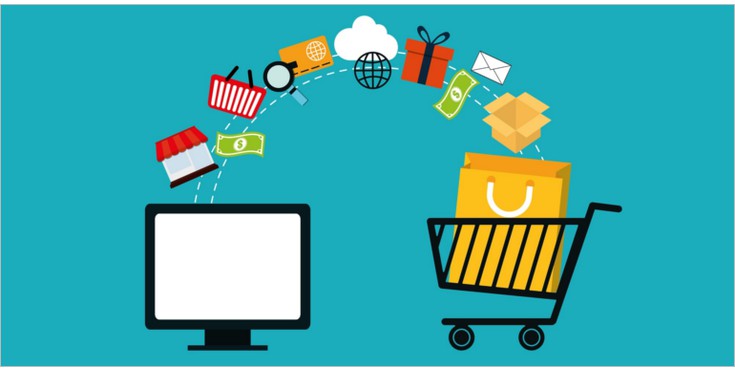 My name is Sergey Potanin! Read more about me and what I do will be below. Now, I want to lay out for whom I want to make this offer!

I don't need investment, just investors or just loans, sale of shares etc. These suggestions already, but I need a crazy partner or partners as I do, with whom we will develop existing company in unicorn. At first Russian, and later global scale.

According to this, the offer is not for you if:

— You are not interested do not understand and are not going to understand the newest technologies and trends and the more they earn;

— Do you think that global markets, global company generates by someone else, in another country, on another planet, in another life, and maybe it's all only happened in the movies;

— Do you believe that there are reliable and highly profitable businesses that do not require your participation, your personality, your drive and courage and continue to look for them, but not find;

— You don't want to change the world and launch tourists into space, and just want to get their money for what you them somewhere invested;

— You are ready to risk and possible losses that you have no ambition and you are obsessed with the ideas on the establishment of companies — unicorns;

— Do you think that proper experience in the business needs to consist of a sequence of small achievements and successes, and failures, losses, mistakes, is bad;

— You have savings, acquired by overwork, and you're afraid to lose them or you just got lucky which you have the capital, and how to replicate that luck you don't know;

This position deserves respect, your experience is valuable to you, but you shouldn't risk it. Your investment is a share in a mutual Fund, Deposit in the Bank or property that can be leased.

Yeah, no miracles, unicorns, nor any unimaginable UPS, like the shareholders of Google, Facebook and Airbnb, nor any failures and downs as the shareholders of thousands of companies, but the risks are almost there. All is quiet, calm, planned, warm and cozy. Believe me — it's safer, stronger your nerves and calm sleep, including daytime.

Don't read any further — then, from your point of view, is horror. We are going to talk about the risks of global markets and the really big money.

— Do you have intuition and instinct in business, You feel where you can really make;

— You know how seriously, but a balanced risk and often, "drinking champagne";

— You have capital and you are looking for it an interesting and effective application and do not intend to "put all your eggs in one basket";

— Do you have the courage, energy and you are crazy enough to change the world, win global markets and earn not less than crazy money;

— You can and want, except the capital, to contribute their experiences, expertise, contacts, creative energy;

— You can not sit quietly and calmly and you are looking for adventure and great ambition make you look trendy and high-tech ideas and companies, where you can fly;

— You want or dream to create a unicorn the scale of Google, Facebook, Airbnb, Facebook, Alibaba, Wildberries, Walmart, Amazon etc. and don't think it's a distant fantasy, and I think this is "plans for tomorrow";

Then I am at your service. I have a company that has the "plans for tomorrow" in which DNA is innovation, the latest design, unique but already tested and launched business model, years of experience in the field of information technology and it outsourcing to major companies, providing communication services throughout the Russian Federation, Federal licenses for the provision of telecommunications services.

The consumer market of Russia to 2017, amounted to about 20 trillion rubles.

In Russia in 2017 counted more than 87 million Internet users, that more than 71% of Russia's population.

These 87 million subscribers spent in 2017 on purchases in online stores about 1 trillion rubles (5% of the consumer market). TOP 100 online stores of Russia reported revenues in 2017 in the amount of about 654 billion, or 65, 5% of total revenue eCommerce.

The largest share of buyers of the total revenue in online stores are located in big cities, with higher average check show buyers from remote areas, where traditional stores don't have the diversity of goods, as in large cities.

Revenue Internet stores in Russia annually grows by 20-25%. In comparison with the developed markets of other countries, supply growth is still there, at least 4 to 5 times, up to 20 — 25% of the total consumer market.

Convert visitors into buyers online stores, according to open sources, is 0, 3% (sporting goods) to 3, 2% (children products). This low level of conversion is related to many factors, but one major is the lack of confidence of the visitor to the online store.

In 2017, the telecommunications company reported revenues of about $ 1, 1 trillion rubles (5, 5% of the consumer market). It communication services, television, cell phones, and additional services.

The Telecom market has almost ceased its growth in 2015. A new subscriber base, almost no, or it is too expensive, as they are located in remote areas. As a result, the flow of subscriber base among providers, and providers for retaining customers and luring subscribers from other companies, reduce tariffs.

... To ensure profitability of the business, they (providers) are forced to seek a balance between providing for the growing needs of customers and the cost of owning the equipment for transmission and storage. The struggle takes place not for new subscribers and for the loyalty and profitability of existing ones. The important task is to seek new areas of growth to offset capital and operating costs...

The conclusions that we can draw from the facts given above:

Idea: a lack of trust to online shopping, it is possible to compensate for the confidence possessed by providers, and the lack of revenue from providers can be compensated with commissions from the online shops or margin for retail sales of its subscribers.

We found the organizational and technical solution for the realization of this idea. There is a prototype platform.

Negotiations on the implementation of the decision, Internet service providers, whose current subscriber base consists of 25 000 (16 — 18 million revenue per month) up to 150 000 subscribers (90 — 100 million revenue per month). The pilot project will run on these providers. Additional revenue from sales of goods to subscribers, bonus accruals for the purchasing activity will reduce the outflow of subscriber base, enhance loyalty and increase profitability in General.

After the start of the pilot project and the first statistical results, we work with other providers, which in Russia, according to the Roskomnadzor, more than 30,000.

The planned costs for development of this direction:

10 million rubles for the development, revision, platform, integration with the Internet — shops, providers;

At a cost not exceeding 25 million, we count on own income in the region of 600 million rubles per year with subsequent growth, in connection with the overall growth of e-Commerce market, and in connection with improving sales and stimulate consumer activity in the interests of the Internet — shops, providers and customers — buyers.

At the moment it is not possible to accurately assess the timing, costs and revenues for each of these areas. But the facts that can be found in the public domain and made logical conclusions and guesses, allow us to understand that the directions are correct, profitable, to be a very profitable and they take work.

My name is Sergey Potanin. From 1988 to 1990 served in the Soviet army, as a signalman. Since 1992 in the business. Since 1998 in Telecom business — the provision of telephony services. We were the first in the region to population and business IP telephony using calling cards.

2005. A group of companies with tens of legal entities, geographically distributed in several cities of the Irkutsk region, with the total number of jobs of more than 1,000, which has served hundreds of system administrators, we have shifted to IT outsourcing. We introduced the SLA (Service Level Agreement), the system of registration of applications in OTRS (Open Ticket Request System), which helped to keep all requests in a timely manner to qualify them, distribute responsible to supervise the work and closing the applications in accordance with SLAs.

The solution enabled us to do all the work transparent, to reduce the number of complaints from staff, to ensure continuity of business processes, to carry out maintenance work with the software and equipment without shutting down the worker processes (even before failing).

The result was significantly reduced costs for support and maintenance of information systems.

Since 2010 started to render services of Internet access, local telephone service to the public and organizations. Among the corporate clients: industrial enterprises, banks, concrete plants and construction companies, security agencies, wholesale trading and pharmaceutical companies, advertising agencies and many other companies from various business sectors.

Since 2011 — to provide the services of Internet access technologies radio access preWiMAX, which significantly expanded global presence and enabled us to connect clients with higher ARPU, in those places where you reach by cable is not possible. The resource is still not exhausted for the reason that the frequency resource that we have, we have 6 cities of the Irkutsk region, but are only partly in Irkutsk and Cheremkhovo Raion.

Since 2014 we developed a unique, at that time, the technical solution for the effective deployment of the Bank in any point of Russia. The ideology of "Bank in BOX". In the present IP phones, thin clients, router, printing device and other necessary equipment in the operating office of the Bank.

The decision was distinguished by the fact that parts and fragments of technological solutions can be purchased in almost any computer store, but thanks to proper setup and our services VPN with a high level of security, the solution turned out to be quite reliable and economical, which allowed us to deploy additional offices of the Bank in the most sparsely populated areas. The solution was allowed to prevent the leakage of security, even in the case of theft of equipment, because any data, keys, passwords, etc. in the back office of the Bank is not kept.

For 2014 — 2015 have been deployed more than 150 credit and cash offices of the Bank across Russia from the city of Kirensk (the North of the Irkutsk region) to Sochi.

Valuation of fixed assets (network + subscribers), a recent purchase proposals from a large ISP is about 20 million.

In order to realize the potential of these projects/ideas in full I need a like-minded partner with flair, competence, systemic approach first and capital second.

When the relevant interest may conduct due diligence.

Like-minded people! The world is waiting for us!