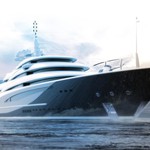 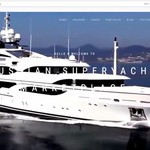 The aim of the project is market leading in terms of audience and most authoritative portal on the superyacht in the Russian segment of the Internet. The portal has several main sections — the news of the superyacht market, the purchase of a superyacht, superyacht rental (Charter), goods and services for the owners of the superyacht, handbooks and guides. The portal will be a key information bridge between foreign yacht manufacturers and Russian-speaking audience of people with high income, interested in purchasing (construction) or renting (Charter) superyacht. As the main producers of superyacht foreign shipyard, the project generates foreign exchange earnings.

According to the moderate scenario sales (only at 50% occupancy of banner space and only 12 paid subscriptions, manufacturers that will gradually grow during the year), the project will reach break-even at the end of the first year. The payback and the profit expected after 1. 5 years. Dynamics of growth of profit is very high. During the second and subsequent 3 years, the project will annually double the sales. Net profit of only from major sources of monetization will be increased to 5, 000, 000 RUB./month. or 60, 000, 000 RUB./year. Possible subsequent exit through the sale of a major international media holding.

The Superyacht Industry Is Poised For Growth

Every second buyer of luxury yachts in the world – Russian

The project is unique in several unique competitive advantages:

Will be available after signing an NDA/NCA