The acquisition of wagons for the development of existing business 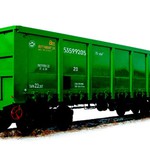 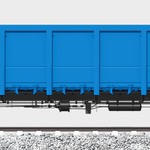 LLC "rail cargo Way" – the Russian transport company, the main kind of activity — organization of cargo transportation by rail transport. The company provides shippers with a 2 main types of services: freight forwarding on the territory of the Russian Federation and transportation of goods from the station of the Sverdlovsk railway.

LLC "rail cargo Way" today only works with a rented hatch covers gondolas. The demand for transport services of the company greatly exceeds the supply, respectively, there is a need in the new gondolas. At the initial stage of implementation of the business project planned to buy 100 hatches of gondola cars. There are all the necessary organisational and operational resources to quickly enter and further operation of the purchased gondola cars.

The average net profit per month without taking into account investment costs:

From January 2016 in Russia for security purposes, traffic is forbidden to extend the life of old freight cars. As a result of the ban in 2016 was written off 115 thousand wagons (and another 100 thousand in 2015), and purchased 58 million, resulting in the network of Railways is a deficit of gondola cars, which led to the rejection of part of applications for transportation in various industries, including the military-industrial complex, raw materials and agricultural sectors. In autumn 2017 a deficit of gondola cars on the network has reached 55 thousand, while it increased at the expense of the emergency buyout of coal companies under lucrative export contracts from the Kuznetsk basin to the ports on the Baltic and far East with innovative wagons in its entirety, taking into account their idle and empty run, which low-yielding cargoes (grain, gravel, technical salt, sunflower meal) did not receive the required number of wagons. The shortage of grain wagons at the beginning of 2018 was estimated to be 20-25%, or 7,000 units.

The growth rate for gondolas in the period 2015-2017, while not accompanied by a significant increase in demand in the market.The rate of fleet renewal is clearly behind the current transportation needs, creating a shortage of the Park in some areas loading.

— expansion of the portfolio,

— conclusion of direct contracts with shippers