A network of urban beauty "Antisaloon" 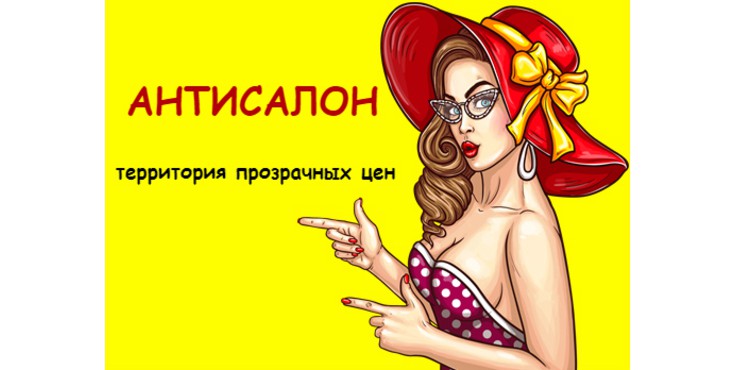 The project "Antisaloon" is intended to introduce the culture of care from his youth.

Students of Russia not only young force and support the country, but also a significant part of the population.

Young boys and girls often do not have the extra funds in order to care for themselves. A network of urban beauty "Antisaloon" created to correct this unfortunate circumstance! Now the beauty and grooming doesn't cost a lot of money!

In the Studio "Antisaloon" at a high level of service prices is absolutely possible even with a small scholarship.

Saint Petersburg a city of students, so that our project will be in high demand in this wonderful city!

The aim of the project– opening 10-beauty in Saint-Petersburg is able to provide residents a high quality hairdressing service at a price below average.

The calculations of the financial model produced for beauty located in eight districts of the city, within walking distance from the metro and universities. Potential clients therapists students with average incomes, mainly girls from 18 to 23 years, as well as young men.

The project implementation period from the moment of registration procedures and obtaining permits before the start of sales is 2 months. Opening a beauty salon are scheduled at the beginning of April 2019.

The project Manager is the business owner: Likhanova Olga Olegovna. He provides strategic planning, is looking for new ways to promote, analytical work on key performance indicators. Directly subordinate to him, the senior administrator of the Studio, carrying out daily management functions. Subordinate to the Manager is the staff: hair stylists, manicurists, makeup artists. Accounting provides third-party specialized organization.

According to the marketing Agency, Global Reach Consulting, the market of beauty salons is estimated as growing. The highest concentration of beauty salons exist in the cities-millionaires in Moscow, St.-Petersburg, Novosibirsk, Krasnoyarsk. Saint Petersburg, according to experts at 2GIS, holds 2nd place on the number of beauty, giving way only to Moscow. When considering the situation with relative parameter number of open beauty salons on 100 thousand inhabitants, Saint Petersburg is only 13-th place among the largest cities of Russia with an index of 88 institutions. However, he gives not only to Moscow (6th place, 109 beauty shops per 100 thousand residents) and Volgograd (1st place ranking, 133 institutions), Voronezh and Yekaterinburg (respectively, 2nd and 3rd place, 126 and 123 open beauty salon). According to reports, the volume of services provided by beauty salons of St. Petersburg, in dollar terms grew steadily in recent years. This generally coincides with the evolution of the domestic market for such services in General. So in St. Petersburg amounted to:

On average, in St. Petersburg every 1500 women accounted for 1 salonon. The growing number of beauty salons can be attributed to the increase in demand for their services. According to Reports and Reports, the number of women attending beauty salons and beauty salons for 15 years from 2004 to 2018 increased from 4% to 40%. Visiting salons are no longer associated with the population with expensive service for the elite, services are available for a large number of people from the middle class. The accelerated pace of life, as well as the need for high quality services has forced many women, instead of bringing yourself up at home to go to beauty salons, which is much easier.

The activity of the Studio is aimed at the bulk of the population of St.-Petersburg, namely the population with average incomes and students. The beauty salon will operate on the satisfaction of needs in quality haircuts, styling, perms and colouring, manicure and pedicure. The basic requirements that apply to the beauty – high level of professionalism, speed and quality of service, convenient location, convenient schedule. All of these requirements it is planned to make the fundamental principles of the studios.

The target audience of the salon is young people aged 18 to 23 years, which accounted for 70% of the clientele. About 20% occur in people aged 23 to 35 years, 10% of customers — teenagers and older people. The basic consumers of services is the female part of the population (70%).In the city of St. Petersburg has 5 million inhabitants, of which the share of the working population is about 60%. Given the pricing, location and solvency of the population, potential customers of the salon are of the order of 1 million people.

In St. Petersburg operates 1,500 beauty salons, including Barber shops economy class. As the main competitors can be called a network of salons, located in the city. It is 10 competitors, 5 of which can be attributed to the indirect competitors, and 5 – to direct. The top five are: 2 network economy and the middle class, 1сеть nail studios, 2 salons, offering services in two main areas (hairdressing and cosmetology or hairdressing and manicure). The second five are beauty salons that offer more than 3 areas of services (hairdressing, manicure and pedicure, cosmetology, massage, Solarium, etc.).