Operating business for reception, storage, processing of scrap of ferrous and nonferrous metals. 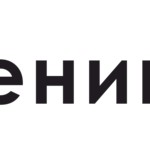 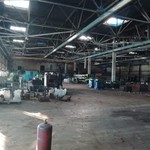 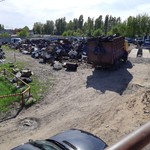 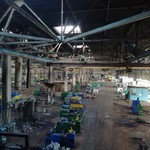 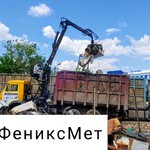 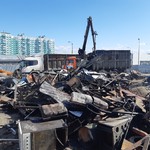 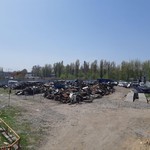 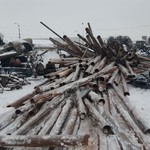 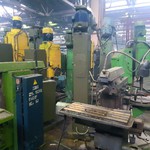 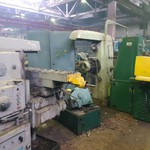 The current company, priamo, storage and processing of scrap ferrous and nonferrous metals.

OOO "Phoenix" works with 2014. In 2017, the company reorganized under the name Penikmat for the change of activities in the sphere of scrap metal. Penikmat has a state license in the sphere of reception, processing and sale of waste of ferrous and nonferrous metals. At the moment the company:

The need for investment:

The days of the pioneers collecting scrap metal, are long gone, but this activity is becoming more and more serious business, which involved a large company. Saving all the resources used in the production of metals from raw materials, and, accordingly, reduce the cost of metal that is the main reason of increasing popularity of the use of scrap metal.

At this stage of the development of metallurgy almost half the world's steel produced from scrap. Economic activity for the collection of metal waste, processing, storage, grew into one of the sub-sectors of the steel industry. This activity is more environmentally friendly than steel production because it reduces the environmental impact through disposal of industrial and domestic metal waste, saves natural mineral resources.

One-fifth of the Russian economy is the metallurgical industry. Nonferrous and ferrous metallurgy — key lines.
Ferrous metals represent some of the industry giants, plants for processing metals. Important role in the production of metal playing overseas holdings.

The situation on the metals market

Despite the fact that in the context of the global crisis on the market in this region there is a collapse, our businesses are able to survive and maintain high rates of recycling of metals. The main raw material for this market sector is iron ore. Thus, its functioning to a large extent depends on supply and production in this area. The demand on the domestic market of the Russian Federation, despite the increased in recent years, the pace of construction, is a weak support for the giants of the steel industry. Problems in the pipe industry, which is suffering from debt burden, also affect the development of the market of ferrous metals.

The causes of the problems and prospects of development

Positive dynamics was outlined in the Russian automotive industry. Increased demand for steel products and metals.
On iron ore exports, Russia is among the ten leading countries. The raw material is supplied,
mainly in the former republics of the Soviet Union, the solvency of which is not always expressed in a sufficient amount. Imported items are as follows: second place by import of chromite, a key role in the import of manganese ore and steel tubes, 10 — iron ore and ferroalloys. Also goes for the import of steel and sheet metal. The latter comes in more than 100 countries.
Since the second half of 90-ies, our country occupies a leading position in the export of steel scrap. The most feasible kind of steel products — steel products. The main markets are middle East, Europe, Southeast and East Asia.
In the future, Russia will also play a lead role maintaining the ferrous metals market is competitive. Will remain the leading position in the supply of steel and sheet metal. However, it will increase its role as a buyer of ferrous metals. In the case of reduction of tariffs for energy resources and uninterrupted supply of raw materials, Russia will take a leading position in all sectors of this market.

The advantages of working in the field of scrap metal:

What is the scrap of ferrous metals

Out-of-date design is cut into pieces and melted down.Scrap metal are used by the companies that produce cars and their spare parts, metal constructions, machines. Quality metal, obtained by recycling scrap, no worse than that produced from ore.

For conventional smelting 1,000 tons of steel in a blast furnace need 2000 tons of ore and 250 tons of scrap metal. Melting in an electric arc furnace using scrap only costs 25 times less. This saves 83% energy and 40% water, the atmosphere gets less than 7 times the pollutants and waste it is 66 times less.

Collect and sell scrap metal, not everyone can. This activity is subject to state licensing.